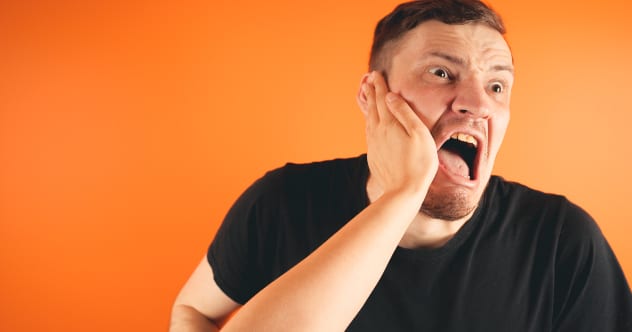 When you hear the words “professional sports,” what comes to mind? Is it football, basketball, or soccer? We have invented and played many games throughout history that show that we value competition and contests to determine superiority as a civilization. While most of us know various pro sports, some professional sports are weird if you think about them.

Arm wrestling is a game we’ve all tried at least once in our lives. You probably have even won against your family or friends. While arm wrestling has been around for ages, it wasn’t recognized as a professional sport until a few decades ago. These days, professional arm wrestlers, or “pullers,” as they are known to fans, meet in pro tournaments where they test each other’s limits.

To compete as a pro-arm wrestler in events organized by the World Arm-Wrestling League or WAL, you need to register by your arm. You register as left, right, or both. Arm wrestling competitions are organized by weight classes, with four weight categories for men. The sport is also gender-considerate, and women can compete too, in various weight classes.

Arm wrestling has referees who check whether there are any fouls and if shoulders and wrists are squared off during the match. Big events even have lasers at the center of the table to ensure no one gets out of line. The best thing about this sport is that matches can end in two seconds or last for two minutes. The unpredictable nature of arm wrestling makes it most exciting!

As far as ancient games go, tug of war is one of the most recognizable games on the planet. From Egypt, China, and Greece, athletes compete against each other in a game that tests teamwork and strength, but this is one of the weirdest sports ever when you think about it. On the international level, the Tug of War International Federation governs the sport, which has even featured in the Olympics.

The rules of this bizarre game include both teams needing to have eight members that work together to pull the rope. Tug of war is simple since athletes can win matches via the best out of three format. For players, the objective is to pull the other team towards the centerline. While the sport looks simple enough, it’s complex since teams need rhythm and teamwork to excel.

The best thing about the tug of war sport is that the only equipment required is an 11cm wide and 33.5cm long rope with plain and whipped ends. Since there are no ties in the sport, winners must secure two out of three pulls to take the match!

Croquet, even the name of this sport sounds weird, but if you ask the World Croquet Federation (WCF), they will confirm that croquet is a professional sport. As a sport that was once featured in the Olympics, croquet is one of the most inclusive sports and was the first outdoor sport to embrace gender equality.

While croquet is better known as a backyard game fit for barbecues and family gatherings, it’s a sport with a considerable following, professional associations, and clubs. Most croquet players start as amateurs in local tournaments hosted by clubs and build their skills and recognition.

General categories for croquet are single and doubles competitions. Team members drive three balls (blue, black, and green) in team tournaments as the other team drives their three balls (red, orange, and yellow). Each player can hit balls by other team members, and these allowances make the game great for teamwork, fun, and socialization.

One peculiar aspect that you can only find in croquet is that there are different croquet grips. There is a Standard grip, Solomon grip, and the Irish grip. These designed grips ensure that plays by participants are natural and comfortable.

Bicycles made for two are rare in the streets, but they take bike racing to a whole new level in athletics. As a sport that involves two racers, tandem races are exhilarating to watch.

The International Cycling Union defines tandem races as amateur events where two athletes maximize their speed and pace compared to individual bike sprints. For pro racers, tandem races are advantageous since they can pedal faster with their doubled power output.

One benefit of the sport is that tandem racing has opened new avenues for blind cyclists. With a sighted pilot in the front, a non-sighted cyclist can participate in Paralympics and finish races that would be impossible if they did it as individual racers. This sport is truly for anyone.

There are a few sports that bring humans and animals together, and polo is one of them. Polo, also known as the “game of kings” and a “rich man’s sport,” is weird since most people can’t relate to it.

Polo started as a game that trained nomads for war. The logic was that if riders could control a horse while chasing a ball, and play as part of a team, then they could perform greatly in battle. The modern version of the war game was reinvented by British officers in India who were drawn to the sport’s beauty.

In polo, the main goal is to score more points than the opponent. To improve chances of winning, players move the ball into the other side’s half and then attempt to drive the ball through their goal. With four players on each side, the sport requires cooperation between the player, the horse, and teammates.

To succeed in the sport, modern polo players pay attention to horse breeds. The ideal polo pony has stamina, speed, agility, responsiveness, and intuition. Some unique aspects are that players can ride opposing players off the field, hook each other’s stick, and the teams change sides after a goal.

Solo synchronized swimming is one of the weirdest sports globally, and it took three Olympics for the world to realize that a dancer couldn’t synchronize on their own! In this sport, the dancer performs a kind of water ballet while synchronizing with the music.

The sport reserved for female athletes was considered lonely since the dancer moved on their own while judges and audiences watched. After realizing that it was impossible to assess a single dancer, the Olympics expanded solo synchronized swimming to include duo and eight-person teams.

In this new format, it’s easy to watch synchronizing among the dancers and equally assess their ability to blend. In the sport, the primary goal is to satisfy the judges by executing the technical and free routines.

In the technical routine, the dancers showcase their mastery of predetermined positions and movements. In the free routine, athletes synchronize with the music blaring from high-tech underwater speakers. When you think about it, the sport requires some pretty advanced tech and skills.

Kabaddi, a contact sport played by indigenous Indians many centuries ago, is one of the most bizarre sports in the world. Kabaddi, which was made professional in 2014, is often described as a “high-octane” game of tag.

In the sport, teams have both raiders and defenders, and while the raiders look to tag, defenders seek to “tackle” players to earn points. If you watch a game of kabaddi, you can get confused by how proactive it is, especially the amount of muscle and lung capacity required.

Since the field is divided into two halves, the raiders attack the antis (defending side) while chanting “kabaddi.” The rules demand that the player shouldn’t take a breath or break the chant, and after attacking a defender (tagging), points are earned if they return to their half. But if the raider is tackled, they leave the field.

While many might consider kabaddi to be a weird sport, it’s one of the most followed sports in India. Since athletes can play it indoors and outdoors, kabaddi is slowly becoming popular, and perhaps, in a few years, it won’t be weird anymore.

Dressage, a term that loosely translates to “training,” is a professional equestrian sport that is considered the highest level of horse training. In this peculiar sport, riders and their horses demonstrate their ability to perform a series of programmed events for the judges and audience who assess accuracy and creativity.

As a sport, dressage tests the abilities of riders to train their horses to perform naturally, and in events, the rider fulfills various challenges. A top performer in these events has an animal that responds to guidance effortlessly and upon request.

So, why is it weird? The horses are expected to perform in the events as artists, making them the show’s true stars. While riders are responsible for training and directing the animals, equestrian dressage competitions display the horse’s performance at different levels or tests.

Earning points from 0-10, the performing duo aims to satisfy the tests of every block to qualify to the next levels of competition. Other considerations that affect the scores include the gait, impulse, and submission of the rider and their horse, respectively. All these features indicate that the horse is highly trained.

Race walking has been a part of the Olympics since 1904. Race walking started as a pastime in the Victorian era, and when it moved to the United States, it was a spectacle sport for indoor arenas. For sports lovers, race walking was one of the most exciting sports since it demanded a lot from performers.

Race walking has a couple of rules that make it a challenging sport. First, athletes always have to have one foot in contact with the ground, and if this is not visible to the naked eye, they are given a penalty. Another weird rule is that the athlete should never bend their knees during a race; this is a violation that judges assess. If an athlete gets three warnings, they are automatically disqualified from the race.

At the Olympics, both men and women compete in the short distance race (20km), while the long-distance (50km) features men only. Race walking is so strange that it could make you rethink how well you walk in real life.

Face slapping requires no introduction, and if we are honest, being on the receiving end of a slap doesn’t seem like the best place to be. Yet, in Russia, face slapping is a wild sport that attracts big crowds excited to watch two contestants slap the hell out of each other.

In this respectful sport that will have you cringing and laughing simultaneously, players stand across white tables, facing each other. In what can only be described as polite turn-taking, each player awaits the slap from the other player and can only move after they finish their turn.

The fun in the “Slapping Championships” is that each match goes on until a player surrenders, gets disqualified, or passes out. One of face slapping’s most legendary players is Siberian farmer Vasily Kamotsky, whose slaps went viral. Kamotsky hilarious battles with opponents often end up with knockouts, but in 2019, he also got knocked out cold.

Face slapping might not be as brutal as boxing or MMA, but it’s not for the light-hearted. If you think about it, if you have a score to settle with someone, entering “Slapping Championships” might be the best way to settle the differences respectfully.

10 Movie Trailers That Gave Away Too Much

Top 10 Outdated Laws You Didn’t Know You Were Breaking

10 Awful Rampage Killings That Happened Outside The US

10 Gruesome Deaths That Have Been Attributed To Ghosts

10 Weird Things We Have Found Inside Statues

10 Hilarious Travel Mishaps That Made The News

Top 10 Messed Up Things People Have Done While Sleepwalking

10 Books That Have Been Lost To History

Top 10 Famous People that Nobody Can Identify

10 Surprising Products Made By Your Favorite Companies,…

10 Intriguing Facts About The Manhunt For John Wilkes Booth

10 Explanations For The Color Schemes Used On Everyday…