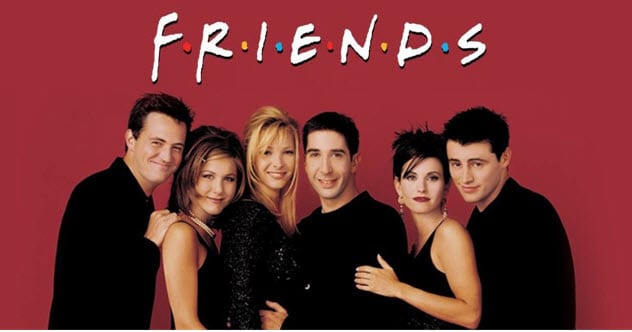 Friends, one the most successful comedy shows ever, became a cultural phenomenon soon after it began in 1994. The program appeals to everyone—or so we thought.

When the series landed on Netflix, a whole new generation of viewers watched it for the first time. They were promised a fast-paced, feel-good comedy, but all they saw was homophobia, sexism, and fat shaming. To the Gen Z audience, it had as much allure as a lipstick mark on a cup of cold coffee.

Times and attitudes have changed. Although you can’t blame younger audiences for not finding the show as cute as their parents did, the truth is that Friends has always been full of contradictions. All six main characters possess fuzzy morals, huge egos, and so much spite and jealousy that you wouldn’t want any of them for a friend.

There are also gaping plot holes and lazy attention to detail that became obvious once we were able to binge-watch whole seasons. So, let’s take a look at the most confusing and troubling aspects of the show that would have been called out years ago if it wasn’t for Friends‘ unique charm.

Rachel arrives on the show as a spoiled rich girl trying to make it on her own in New York City with zero work experience. She gets her first-ever job as a waitress at Central Perk, and she is awful at it. But she stays there for about three seasons.

Rachel’s true calling is to work in fashion. After about a week spent in a terrible garment factory, she lands her dream job at Bloomingdale’s. Just like that, she is transported to assistant buyer at a top store. No unpaid internship or slogging away at entry-level jobs and no calling in of favors.

When her boss dies, Rachel is demoted to personal shopper (which seems more realistic). Then, in a flash, she is hired by Ralph Lauren and given a fancy office and her own assistant. Lucky Rachel appears to have climbed the career ladder at a speed matched only by members of Ralph Lauren’s immediate family.[1]

9 What’s With The Weird Animals?

Animals are always a hit on comedy shows. Everyone loves an adorable dog or a fluffy kitten. So, in Season 3, the writers decided to give roommates Joey and Chandler a couple of pets.

Unbelievably, they plumped for a chick and a duck. These critters quickly grew from mildly cute pets into flapping, squawking farm animals running loose in an apartment with no proper facilities and no way of being toilet-trained.

During the series, we were also treated to a monkey and a bald cat. Again, they were housed in rent-controlled buildings that usually prohibit the keeping of domestic animals as pets. But they’re totally fine with livestock and monkeys that poop in your shoe.[2]

8 The Trouble With Joey

They don’t make characters like Joey anymore, mainly because people don’t find predatory sex pests funny these days. That’s not the only trouble with Joey. He loves food so much that he can eat a whole Thanksgiving turkey by himself and once tried to save a sandwich from a bullet.

Yet he is also an actor who relies on his looks for a living. Despite gorging on pizza, he never struggles with his weight or goes to the gym. He is proud of his Italian roots, but he can’t utter a word of the language to his non-English-speaking grandmother.

Most perplexing of all, Joey is a trained actor with an agent. This means that he must be able to read and understand scripts, take direction in a stage play, and grapple with the complexities of language. Despite having all these skills, Joey is so stupid and uneducated that he thinks a “moo point” is a cow’s opinion and he cannot pronounce “supposedly.”[3]

Picture this: You are young, good-looking, and single. You live in a cool apartment in New York City. The world is at your feet—unless you are a character in Friends. These hot young things spend all their time hanging out with the same small group of people (two of whom are related) at the same coffeehouse, except for an occasional party held at the same two apartments.

The friends never seem to travel or explore their city. They don’t even mix things up by visiting Starbucks. Instead, it’s just the six of them sitting on the same sofa. There’s no goofy friend who drops in and out of the group to liven things up. Instead, they just have Gunther. They really needed to get out more.[4]

Phoebe is the one character who seems to have fallen from space and landed in the group. She has no connections and nothing much in common with the other friends. So, where did she come from, and how does she fit into the group?

We do know that Phoebe and Monica once shared an apartment, and Phoebe certainly fits the part of the weird roommate. Beyond this, how would Monica—with her love of straight lines and cleaning products—ever maintain a friendship with Phoebe?

Phoebe has a murky criminal past as a thief who lived behind a dumpster and on the streets of Prague. She even mugged a teenage Ross. Phoebe is exactly the type of person whom Monica would move seats on the subway to avoid, and yet they are the best of pals.[5]

Phoebe’s living arrangements have always been confusing, too. She sometimes shares an apartment with her grandma and then the mysterious Denise, who is mentioned once and never heard of again. When her grandmother dies, Phoebe appears to inherit the older woman’s apartment. So, where was this generous, property-owning grandma when Phoebe was a homeless teenager?

10 Important Characters In Television We Never Got To Fully See

The other problem with Phoebe is her complicated family background. We know that she has a twin sister and that their mother, Lily, committed suicide when their father, Frank, left them. So far, so not funny.

Things took a surreal turn when she met Phoebe Abbott (played by Teri Garr). Phoebe Sr. explained that she became pregnant with twins after having a teenage menage a trois with Frank and Lily.

Phoebe’s missing father, Frank, only appeared in one episode. But she did get to meet her half-brother, Frank Jr., just long enough to become a surrogate for him and his wife and have triplets.

If all this wasn’t confusing enough, the whole Buffay clan abruptly vanished from the later episodes. Not a single family member was seen at Phoebe’s wedding to Mike—which was probably a good thing.

Poor Janice is forever remembered as Chandler’s badly treated girlfriend. But she wasn’t his only victim. Chandler fell in love with Kathy, who was dating Joey. Not only did Chandler betray his best friend but Chandler also didn’t see why he should tell Joey.

When Chandler finally got to be with Kathy, he went on a jealous, controlling, gaslighting rant after watching her in a love scene onstage. Although it’s true that Janice was repeatedly and cruelly dumped by Chandler, Kathy was publicly shamed at the theater, had her acting skills trashed, and still got dumped by Chandler.

Joey and Chandler remained the best of friends, though, and never mentioned the incident again.[7]

3 The Trouble With Monica

Monica and Richard were billed as the great love story. He was the suave, older man—old enough, in fact, to be best friends with her parents. Of course, this meant that he had known Monica since childhood. She even went to school with his daughter. This was creepy, even by 1990s standards.[8]

Quite a few of Monica’s relationships left the viewers feeling queasy. She once had a passionate affair with Ethan, who was still in high school. Then she hooked up with Richard’s actual son. Thankfully, Monica moved on and married Chandler, her best friend with whom she had enjoyed a close brother-sister platonic relationship. That’s not much better at all.

There are a lot of shifting timelines in Friends. Given the gaps between filming and the large teams of writers, it’s understandable. Still, no pregnancy should last longer than nine months unless you are an elephant—or Rachel Green.

Rachel took a pregnancy test on the morning of Chandler and Monica’s wedding. (You would have thought Rachel could wait one day.) We know the wedding was on May 15 as Monica told a rival bride the date. So, simple math tells us that the baby should be due around February.[9]

Cut to a scene in Ross’s apartment where Rachel is nine months’ pregnant and enduring the sweltering heat of a New York City summer. Something doesn’t add up.

Of all the characters, Ross receives the harshest criticism. He is hated for his treatment of Rachel and for his jealous nature. But is he just misunderstood?

Ross is the most emotionally mature member of the group, the only one to have been married and to have had a child. His insecure behavior is a direct result of the painful end to his marriage and his lack of confidence.

Ross is capable of great kindness, like the time he bought Phoebe a pretty pink bike as she had never owned one. Then he spent hours teaching her how to ride it.

He bought Joey a ceramic dog just to make him feel better. Ross even agreed to help Rachel date another man by taking Emily to the opera. It’s time to give Ross a break—just don’t mention that break.[10]

About The Author: Annie is a true crime enthusiast and lover of words.

Top 10 Behind The Scenes Tales About Ridley Scott Movies

10 Stories Of People Who Cheated Death Only To Die Shortly…

10 People Who Vanished Only To Mysteriously Reappear

10 Of The Most Bizarre Modern Internet Trends

10 Psychological Experiments That Will Blow Your Mind

Top 10 Countries Held Back By Their Geography

Top 10 Most Unusual Structures In The Universe

Top 10 Landmarks Where Corpses Have Been Found

Top 10 Astronomy Photos That Made History

Top 10 Historic Combat Vehicles That Changed The Face Of War

Top 10 Things You May Not Know About Popular Action Movies

10 Famous People Who Were Secretly Spying On Us

10 Studies That Got Their Results Withheld Because Of Money

Top 10 Near Misses With Nuclear Weapons

10 Creative Works That Have Strange Effects On Their…

10 UFO Incidents Over Air Force Bases In The United States

10 People Who Documented Their Deaths