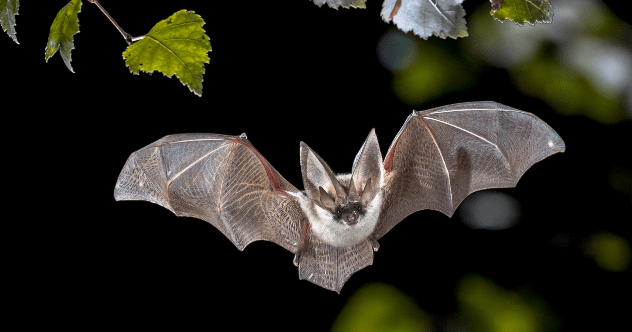 There are some animals with real superpowers that would make even Batman jealous. The amazing abilities that these creatures possess may seem like something out of a comic book, but they’re authentic.

Let’s dive in and look into the top ten magical powers attributed to animals.

Lyrebirds are amazing imitators and are of two species dwelling on the ground. The Australian Lyrebirds are the genus Menura and of the family Menuridae. They’re known for their excellent ability to imitate natural and artificial sounds in the environment.

These Australian birds are known for their ability to mimic sounds such as chainsaws, car alarms, dogs barking, and camera shutter sounds. There is a stunning beauty of the male bird’s colossal tail fanned out in the courtship display. The Lyrebird has a unique neutral color tail feathers and is one of Australia’s most famous native birds.

Sloths can survive nearly any wound as they are biologically designed to fall from trees. On average, a sloth will fall from a tree once in its lifetime. They can fall from a height of 100 feet without injury. Three-toed sloths may not move fast, but they quickly recover from wounds that may kill other animals. This ability makes Sloth the focus of scientific research. When two sloths fight, it is usually because of the female mate. The purpose of the sloth fight is to knock the opponent off the tree.

Hollow Fissures in a sloth’s hair allow many different types of algae and fungi to grow, making them look green. Certain fungi living in their fur are active against bacteria, cancers, and parasites! Sloths’ hair also provides a home for entire invertebrates. Some of these invertebrates species cannot be found anywhere else on the planet. A single sloth can accommodate up to 950 moths and beetles in its fur at a time.

Reindeer have a super ability to see. Living in the Arctic Circle, they face a challenging environment. Their world has undergone a drastic change from summer to winter- from permanent sunlight for nearly two months to continuous darkness for two months. However, reindeer can cope in both environments, partly because of a unique mechanism that allows them to change their vision under different lighting conditions.

Reindeer can extend their vision to near-ultraviolet (UV), allowing them to better use UV-rich winter light. A part of the reindeer eyes called tapetum lucidum (or “cat eyes”) changes color in winter, making it possible for them to use light in dark weather. In the winter, it turns dark blue. In summer, the tapetum lucidum of reindeer is golden yellow.

This incredible eye adaptability may have originally evolved to help reindeer improve their ability to detect winter predators. Reindeer’s unique ultraviolet-visible ability allows them to better see and avoid predation in the harsh Arctic regions. Their primary winter food source is lichens, and their main predator- wolves.

Cuttlefish can turn invisible, which means that they’ve some of the best camouflage skills in the animal kingdom. They can disfigure their bodies, resembling any aquatic form, to blend in with their surroundings. They do this to hide from predators. They even have colored bags on their skin so they can change color at a moment’s notice.

Since the time of Aristotle, natural scientists have been fascinated by the unique ability of cuttlefish, squid, and octopuses to hide under their environment’s colors and texture. These mollusks control how they look with the direct action of neurons on their skin.

Bats have the sixth, seventh and eighth senses: echolocation, geomagnetism, and polarization.

Bats use echolocation to find and capture prey. Their larynx can produce an ultrasonic buzzing sound that emits through their mouth or nose. As the sound travels, the sound waves bounce off and provide the bat with radar-like information about its surroundings. This can only give them a short-range perception of the surrounding environment-about 16 to 165 feet.

Bats use their geomagnetic sense as a compass to navigate long distances, such as for migration. It may be the magnetite-based receptors in the hippocampus and thalamus neurons in their brain that give bats this ability.

The recently discovered sense is polarized vision. Bats can do polarized vision or perceive the sun in the sky even when the sun is overcast or when the sun goes down. Since bats do not have the visual form of other animals that use the sun’s rays to locate, it is not clear that their physiological structure gives them this ability. Therefore, when it comes to bats, this vision is not reflected in the traditional sense. Bats use this sensation in combination with geomagnetic sensations for navigation.

Sea cucumbers can regenerate their organs. These caterpillar-like marine creatures have one of the most fascinating defense mechanisms, but they are also very rough. They contract muscles and eject some internal organs from their butt. This will trap natural enemies and emit toxic substances. Yes, they dared to kill the enemy with their butt. The excreted organs are then regenerated.

Hyenas have stomachs of iron as they can eat all kinds of animals. They eat their prey or rotting carcasses. Their jaws can even crush bones. The only things they cannot digest are hooves, horns, and hair. Everything else is on their menu.

In eastern and southern Africa, they kill most of their food by chasing wildebeests, antelopes, and zebras. They cover 3 kilometers at a speed of 65 kilometers (40 miles) per hour. Contrary to popular belief, both healthy and weak animals are hunted. One or two hyenas may start chasing, but dozens of them may kill the animal. Researchers observed that the adult zebra mare and her two-year-old foal (total weight 370 kg) were torn apart and consumed by 35 hyenas within half an hour.

The strong jaw and wide molars allow hyenas to reach all parts of the carcass and crush the bones, which are then digested by high hydrochloric acid concentrations in the stomach. Spotted hyenas’ stomachs can hold 14.5 kg of meat.

The Leatherback Sea Turtle has a bright pink patch on its head, a pineal gland that serves as a skylight and tells the turtle about the seasons and helps its migration to places. Their ability to find their home beach and feed grounds are impressive considering the large distances they swim.

The prominent keel, pointed wings, stiff feathers, and excellent respiratory system contribute to the Peregrine Falcon’s speed. The large keel increases the flapping power; the sharp wing produces a streamlined wing effect, the animal’s stiff and slender feathers reduce drag. Peregrines also have a unidirectional airflow into their lungs and airbags, which keeps expanding even when exhaling. This helps it achieve the best oxygen distribution. Also, the bird’s heart rate of 600 to 900 beats per minute means that they can flap their wings up to four times per second, which improves their strength and reduces fatigue.

In addition to lightning-fast dives, this falcon enjoys the fastest visual processing speed of any animal tested. They can find prey from a kilometer away. When Peregrine Falcons dive towards prey they wrap their wings around their bodies, forming an aerodynamic tear to kill fast-moving birds and small mammals.

The Tardigrade is our final creature with supernatural powers. These are considered the most powerful animals living on the planet because it is almost impossible to kill them. They can survive under extreme physical conditions, such as temperatures from -458°F (-272°C) to 300°F (150°C). It survives pressures up to 40,000 kPa, and extremely high radiation even under vacuum conditions. They can even survive for about 30 years without food or water.

Tardigrades can live almost anywhere. They prefer to live on the bottom of lakes, moist moss, or other damp environment sediments. They can be protected from radiation, boiling liquids, pressures up to six times the pressure of the deepest part of the ocean, or even the vacuum of space. Certain species of Tardigrades can survive in low Earth orbit for ten days when exposed to space vacuum and radiation.

Researchers have discovered that Tardigrades can continue to live when all humans are dead. Harvard University and Oxford University have studied the possibility of certain astronomical events, such as asteroids hitting the Earth, nearby supernova explosions, and gamma-ray bursts, to name a few, in the next billions of years. Then, they studied the possibility of these events destroying the hardest species on Earth. They reported in a study published online in the Journal of Scientific Reports on July 14, 2017. They reported that although this catastrophic event may wipe out humans, some Tardigrades species would survive.

In many cases, Tardigrades survive by entering a state almost similar to death called Cryptobiosis. They retract their heads and legs and curl them into a dehydrated ball called “tun.” If it is reintroduced into the water, the Tardigrade comes back to life in just a few hours. In cold temperatures, they form special channels to prevent the growth of ice crystals. When they are in the water, they also have another form of defense. When the water they live in is low in oxygen, they stretch and reduce their metabolic rate. In this state, their muscles absorb enough oxygen and water to survive.

10 Fascinating Facts And Stories About Vaccination

Top 10 Foods That Were Invented By Complete Accident

10 Types Of Evidence That Are Less Airtight Than Thought

10 Creepy Mysteries Of The Bennington Triangle

10 Australian Animals That Aren’t As Deadly As You Think

Top 10 Messed Up Things People Have Done While Sleepwalking

10 Creepy Cases That Prove These Serial Killers Were Born…

Top 10 Horrifying Facts About Working In An Amazon Warehouse

10 People Who Willingly Returned To Being Prisoners

10 Reasons Modern Britain Is Still One Of The Greatest…

10 Accidental Inventions That Changed The World

Top 10 Simple Things That Mess With The Mind