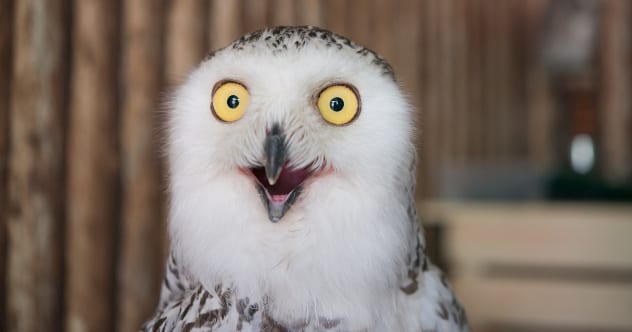 The nature of life is such that animal species tend to enjoy a good multi-million-year run on the planet, get pushed out by evolution and changing environments, and then go extinct. They’re then lost forever, chalked up by scientists as unfit or unlucky and confined to the dusty realm of paleontology. Except getting an accurate headcount of a species is tough.

As much as it might seem some animal is completely gone, there could be some of its kind still alive, living just out of sight. This happens more than you’d think. Some animals thoughtfully eradicated by man or predated to extinction turn out to still be alive, sometimes even as part of a large, healthy population totally unawares of its so-called extinction. These are what biologists call Lazarus taxon- species thought dead and then ‘brought back to life’ by a new discovery.

Here are 10 of these revived animals who have been rediscovered and reintroduced to the land of the living in recent years.

What a name. “Tree lobsters” conjures up ideas of canopy-dwelling arthropods ready to drop down on unsuspecting passers-by with nasty claws. In reality, the tree lobster is a type of stick insect called the Lord Howe Island stick insect, and has a gentle disposition. The lucky few researchers who get the chance can hold the creatures in their hands without incident.

These insects were once very common on Lord Howe Island, a small island between Australia and New Zealand. Then in 1918, a ship crashed on its shore and rats managed to escape the ship and create a home on the island. Within a few years, the rats had completely wiped out the tree lobster population.

No living specimen was seen again until 80 years later on a rock formation a few miles offshore of Lord Howe. After a thorough search, only 24 individuals were found, earning the bug the title of “the rarest insect in the world.” In the past two decades, scientists have managed to recover the species, breeding tens of thousands of new individuals.

The takahe is also known as the notornis, but presumably only as a supervillain alter-ego. Seriously, start calling Thanos Notornis in your head; it just works. The takahe, native to New Zealand, is a flightless bird with dark, iridescent plumage that looks halfway between a raven and a peacock.

When it was first discovered in the 1800s, the bird’s numbers had been on the decline for centuries, as its preferred habitat, alpine grassland, was diminishing due to a cycle of global warming. Polynesian and European settlement was the cherry on its extinction sundae, it seemed. Only a few living specimens were ever found, and after 1898 only fossil remnants turned up. The bird was written off as extinct.

It was “extinct” for 50 years, until 1948, when it was rediscovered in an isolated mountain range. Since then, conservationists have protected and bred the species, and various populations—some as large as 400 individuals—now exist across New Zealand.

The terror skink sounds intimidating but is really only terrifying relative to other skinks, which is not saying much. Because of their long, curved teeth, they are thought to be near-apex predators in their environments, but that puts them near the top of an ecological pyramid consisting mostly of bugs and other small lizards. Its home is the Isle of Pines, a tiny island off the coast of New Caledonia in the South Pacific. It was first discovered in 1876, but then could not be found again. It was presumed extinct for over a century, which in most cases is pretty final.

It wasn’t until 1993 that the lizard was seen again, and even then only a handful have been found since. As it only lives on an island less than 1/5 of a mile in area, a handful might be all we can hope for. Still, that is a lot more than zero, which I’m sure makes the many skink fans around the world happy.

The musk deer is also known as the vampire deer and it’s easy to see why. Hanging from its upper jaw are two long fangs that look just perfect for blood-sucking. In reality, the fangs are used by males to compete for females, but I prefer to live in a world with vampire deer, imagined or not. The musk deer is found in various places across central Eurasia, but the Kashmir variety was much more selective- found only in the Indian Himalayas, Pakistan, and Afghanistan. It was last seen in 1948 and expeditions through the area turned up zero deer for 60 years.

Then in 2009, members of the Wildlife Conservation Society managed to spot several living members, saying the elusive vamps were “discrete, cryptic, difficult to spot, and could not be photographed.” But others have been spotted since, so this is one vampire sighting we can believe.

Let’s get this out the way: Laotian rock rat is an excellent band name and I have dibs. The rat was first discovered in 1996 in a market in southern Laos. Interestingly, its first sighting was as a piece of meat for sale. With the help of locals, more were found, though all had been killed for meat. It wasn’t until 2006 that a living specimen was seen, and it was then captured and studied in detail. It was clear to researchers that the rock rat was unlike any other living rodent. An entirely new family name was proposed for the creature. For context, a family is a fairly large taxonomic group. Our family is Hominidae and it includes all living and extinct apes, including all extinct humans.

But experts were able to place the rock rat after all, and it made it even more of an oddball. They placed it in a family of rodents known only from the fossil record, whose fossils dry up 11 million years ago. The rock rat is so isolated that its only close family is 11 million years removed.

There is a long history of Western scientists exploring new regions and not believing local accounts of wildlife. Sometimes it’s for a good reason. The Congo river dinosaur Mokele-mbembe is not real. But sometimes, that causes researchers to miss huge discoveries. The okapi, Komodo dragon, and mountain gorilla are all very real fauna whose existence was attested to by locals and yet went undiscovered by modern scientists for decades. The Chacoan peccary is another example. Fossil evidence of its existence was found in 1930 in Argentina, and without living examples, scientists assumed it an extinct species. Native Argentinians, however, insisted they had seen the pigs many times over the years, so they must still be alive. Their claims were ignored until 1971, when scientists found living specimens- an entire family unit, in fact. Sadly, since its discovery, the widespread deforestation of South America has threatened to turn its extinction from fiction to fact.

Look, some animals make the list just because they’re cute. The Arakan forest turtle is one. Do a quick image search for these charming little guys and prepare to fall in love. They were only ever seen between 1875 and 1908 in remote hills in Western Myanmar, and then sightings stopped. The turtles were presumed extinct for almost 80 years until a freshly dead specimen was found at a market in China.

Since then, living turtles have been rediscovered in their home country of Myanmar, and newly discovered in Bangladesh. Like other turtles, Arakan forest turtles are prized both as pets and as food in parts of Southeast Asia, and that has made them critically endangered. Luckily, the turtles have shown a willingness to breed in captivity and that gives conservationists hope that the species can be saved.

If you’re an ornithologist, and statistically 1-2 of you are, then you know all about these little guys. Night parrots are also known as midnight cockatoos, night parakeets, nocturnal ground parakeets, and other combinations of ‘night’ and ‘bird’ you can think of. Night parrots look like common pet store parakeets, and like wild parakeets, are native to Australia. But that’s all that is usual about this bird. Sightings of them were fairly consistent until 1912, when it seemed as if the bird dropped from the face of the Earth. They were presumed extinct until the end of the century, when a dead specimen was found, suggested they were actually still alive.

Then the night parrot became a holy grail for naturalists. Sightings came in and were rigorously vetted for accuracy. Some accepted, some thrown out. Oh, the bird is indeed alive. But what is even more interesting is its Wikipedia page. Every sighting, whether evidence or body, living or dead, real or made up, is chronicled in depth. It’s worth a read, if only to show how even the most obscure topics can become a passion to a whole community.

Pygmy tarsiers are a perfect example of the blurred relationship between creepy and cute. They’re half gremlin, half mogwai. Half monkey, half-demon. Half Furby, half almond-eyed alien. But more importantly, they were only recently rediscovered after 80 years of absence. The last pygmy tarsier on record before that time was in 1921. After 80 years, scientists were sure the species was extinct.

Then in 2000, 2 Indonesian scientists set out rat traps in the jungle and accidentally caught and killed a pygmy tarsier. It wasn’t until 2008 that three living specimens were found and recorded, making it official that these adorably haunting primates were still alive. Oh, did I mention that, unlike almost every other primate, they have claws instead of nails? Just picture one staring at you from the end of your bed. It’s not okay.

You knew it was coming. And no matter how obvious it is, the coelacanth has earned its spot as the #1 Lazarus taxon. Even non-biologists know the story of the coelacanth. For almost a century, coelacanths had been known purely from fossil evidence. In addition, their skeletons suggested they were more related to tetrapods than modern fish. This made them a possible missing link in the evolution from ocean life to terrestrial life.

It seemed clear they were ancient and extinct. Then a fisherman in South Africa reeled in an odd-looking fish that caught the eye of local museum worker Marjorie Courtenay-Latimer, who instantly recognized its importance. With the help of a biologist friend who came to assist her, they identified the fish as a coelacanth, thus changing its status from ‘extinct for 400 million years’ to ‘just reeled in by some dude.’

10 South American Animals That Get A Bad Rap

10 Reasons To Think Conflicts Of The 20th Century Were…

10 Hilarious But False Theories About The Penis

10 Monarchs Who Executed Their Sons

10 Times We Thought We Had Found Proof Of Aliens

10 Things We Buy Because Advertisers Convinced Us To

10 Microorganisms And Pathogens That Are Used To Treat Other…

Top 10 People Who Changed The World By Breaking The Rules

10 Superhero Actors Who Have Their Own Tragic Backstories

10 Weird States And Forms Of Water You Never Knew Existed

10 Similarities Of The Netflix ‘Ozark’ Series To The Real…

10 Ridiculous Claims That Sound Made Up But Aren’t

Your View: Who Will Win The 2020 Democratic Nomination

Top 10 Serial Killers Who Had Even Creepier Admirers