10 Misconceptions You Believed Thanks To Looney Tunes 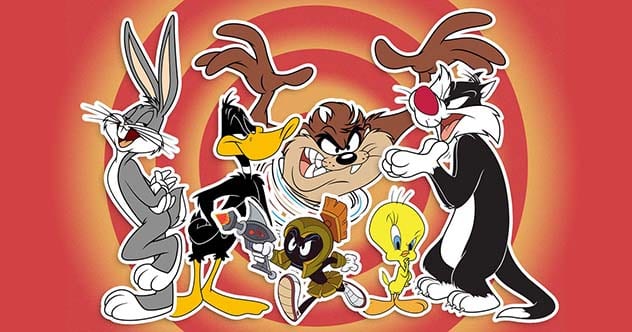 If you are of a certain age, a large part of your Saturday morning routine was watching “Looney Tunes.” The adventures of Bugs Bunny, Daffy Duck, Porky Pig and their friends have been entertaining kids and adults since 1930. The cartoon series has not only come to be one of the most beloved examples of American animation in the world, but each of the cartoon’s characters has become global cultural icons.

Fans of the show have come to accept that the cartoon is sometimes screwy in the perceptions about the animals the show’s characters are based on. We are not here to point out the problems with anthropomorphic animals, loose interpretations on the laws of physics, or why a rabbit would appear in drag. Instead, we will be looking at how “Looney Tunes” created misconceptions about how real-world animals act.

The most identifiable image of Bugs Bunny shows the rabbit munching on a carrot, asking “What’s up, doc?” The problem with this is that rabbits and hares in the wild would avoid the carrot. Carrots and other root vegetables are full of sugar, which rabbits are unequipped to digest. Rabbits typically eat grass, hay and dark leafy greens.

While a domesticated rabbit can eat a carrot, it is a bad idea to feed carrots to your pet bunny regularly. It is akin to you being force-fed candy daily; you may appreciate the treat, but it is doing nothing positive for your health.[1]

9 A Roadrunner Can Outrace a Coyote

A running gag on the show is Wile E. Coyote chasing the Roadrunner, only for the Roadrunner to leave the hapless coyote in the dust. In real life, the chase would go differently. The greater roadrunner—the species of roadrunner likely to live in the American Southwest—is a long-legged member of the cuckoo family. The bird tends to weigh about a half-pound as an adult and is between 20 to 24 inches in length. Greater roadrunners typically run 20 miles per hour, but has been reported to reach 26 mph.

A coyote averages between 32 to 37 inches long—not counting its tail—and weighs between 20 and 50 pounds as an adult. A coyote prefers to stalk but can run as fast as 43 miles per hour if needed.

So, unless the roadrunner had a large head start or can somehow trick the coyote into slamming headfirst into a tunnel the coyote itself painted on a canyon wall, a coyote can easily catch a roadrunner.[2]

This myth may be more due to animation design laziness than anything zoological. Some of the most memorable “Looney Tunes” episode show Penelope the Cat (or some other unfortunate feline) having a white stripe painted down her back. The cat is then thought to be a female skunk by the Casanova skunk Pepe Le Pew.

In real life, a cat cannot be confused with a skunk. Striped skunks are related to badgers and weasels. While about the size of a cat, stripped skunks have pointed snouts, rounded ears, and wide, flat tails.

Cats have flat faces, pointed ears, and narrow tails. Cats also have stout but flexible bodies, compared to a stripped skunk’s elongated torso. So, a cat with a white painted stripe down its back would look like a painted cat, and not a skunk.[3]

Evolutionary zoologists have found that there is nothing about a cat that makes a dog hate it. To the contrary, if the two animals are raised together, cats and dogs can see each other as part of their pride/pack. A dog may chase a cat as part of the animal’s hunting instinct, but this is not animosity. Cats are fast, and dogs like to chase fast things.

If a cat or a dog feels that its territory is being intruded on, it may attack. This is not limited to its so-called mortal enemy, though. Squirrels, mice, fellow cats or dogs, and even humans are likely to get this treatment if the animal feels threatened. While cats and dogs communicate differently, peace is as likely between cats and dogs as war.[4]

Speaking of cats, the cat and mouse/cat and bird archetype is also a vast simplification. Let’s be clear, though, before we start, cats do kill mice and birds. House cats are responsible for the extinction of 63 species of birds, small mammals and reptiles. It is estimated that the American cat population kills between 1.3 billion-4.0 billion birds and 6 billion-22.3 billion mammals every year.

The problem is that house cats do not just kill for food. While we can emphasize with Sylvester chasing Tweety while hungry, it is just as likely that Sylvester would go after Tweety regardless of his food situation. A cat’s predatory instinct is so strong that even a well-fed cat would ambush and kill a smaller animal. The situation has led the domesticated house cat to be classified as one of the 100 World’s Worst Invasive Alien Species.[5]

5 A Tasmanian Devil Eats Anything

This is another oversimplification. Given the opportunity, a Tasmanian devil would eat anything. As scary as it may seem, “Looney Tunes” Taz is a spot-on depiction of the Tasmanian devil. Ornery to the point of being psychotic (by human standards), the Tasmanian devil was so named after early settlers of Tasmania saw the marsupial’s behavior.

With jaws strong enough to deliver a bite that can cut steel cable, a Tasmanian devil would kill or eat anything they comes across. A Tasmanian devil has been known to kill animals many times its size, including a sheep.

4 There is No Such a Thing as a Chicken Hawk

While Henery the Chickenhawk’s endless fight to “get a chicken” is a funny theme in the series, it is inaccurate. From a zoological point-of-view, there is no such thing officially as a chickenhawk or chicken hawk. The term chickenhawk has been used in some parts of the United States to describe three different birds: the red-tailed hawk, the sharp-skinned hawk, and Cooper’s hawk. Only the red-tailed hawk is brownish, like Henerey.

These birds do not generally eat chicken. While a red-tailed hawk may go after a free-range or wild chicken, the hawk usually eats rabbits (sorry Bugs) and rodents. Cooper’s hawks and sharp-skinned hawks are bird eaters but would not go after a chicken. A chicken may be the same size or larger than the hawks.

3 Ducks Must Fly South for Winter

Ducks, like most migratory birds, do not always travel south for winter. They simply move from one habitat to another that may offer them better odds for survival. While this may mean that most ducks do travel south, ducks that have a ready access to food may opt to winter where they are. Other ducks may travel west or even north to known feeding spots. Usually, the place ducks travel to migrate is based on their ancestral nests. So, Daffy going on strike from flying south is not so strange.

A motif in many Bugs Bunny cartoon was the grey rabbit burrowing quickly from offscreen, only to emerge and be confused that he was not where he intended. “I should have made a left in Albuquerque” is one of the most memorable quotes in animation history. Like many things in “Looney Tunes,” this is only a half-truth.

Rabbits are prolific burrowers. The typical rabbit spends most of his non-foraging life digging. Rabbits have powerful front legs and long, sharp claws. Rabbits will burrow to build a den or nest underground (although, cottontail rabbits build dens above ground). These dens are connected to neighboring dens, forming a network called a warren.

Even though digging is instinctual for rabbits, it is a slow, time-consuming process. Rabbits will spend days—if not weeks—digging a single hole. While rabbits will spend large sums of energy digging, their small size means that only a small amount of dirt is moved at a time. This doesn’t dissuade them, though.

There is something about rabbit holes that “Looney Tunes” did get right. Usually, when Bugs needs to make a quick escape, he will dive into a nearby rabbit hole, only to appear somewhere else. This is typical rabbit behavior. To avoid predators, rabbits will dig deep escape routes in their foraging or warren zones. These rabbit holes are connected to the warren or to other rabbit holes. A frightened rabbit would head to the nearest rabbit hole, dive in, travel through the underground connections, pop out a different hole and escape, confusing the predator.[8]

1 Finger In The Barrel

Common sense probably makes this a touch obvious, but just in case . . .. In 2012, the Discovery Channel show “Mythbusters” tested the Bugs Bunny troupe of sticking a finger in Elmer Fudd’s shotgun to make it backfire and explode. The logic behind this is that by sticking a finger in the barrel, the air space in front of the bullet cannot be vacated, leaving the expanding gas behind the bullet with nowhere to go. This would turn the shotgun into a bomb.

“Mythbusters” found that a finger stuck in a shotgun barrel would disintegrate in the path of the slug, along with most of the finger’s arm. If Bugs was to plug a shotgun barrel with his finger, Bugs would have died or been horribly maimed. Fortunately, “Looney Tunes” is just a cartoon and the laws of physic there are but a suggestion.[9]

About The Author: Frederick Reese is a politics, financial, and emergent technologies reporter. Based in Upstate New York, Frederick has written for Yahoo!, CoinDesk, Bleacher Report and the Huffington Post. You can follow Frederick on Twitter.

5 Suicides That Were Almost Certainly Murders

10 Creepy Premonitions About The Sinking Of The Titanic

10 Celebrities That Have Cult Followings

10 Wholesome Pranks with a Dark Side

10 Strange Hobbies That Are Becoming Popular

10 Video Games That Changed How Games Are Played

10 Origins Of Rock-And-Roll Oldies But Goodies

10 Gruesome Facts About The Butcher Of Mons

10 Disturbing Facts Of The Atlas Vampire

Top 10 Biopics That Got It Completely Wrong

10 Common Things That Were Once Banned

10 Weird Ways People Got Back At Their Rivals

10 Prototype Weapons Too Insane To Use

Top 10 Things You Might Not Know About The Dark Web