10 Businesses Too Big to Fail That Totally Flopped 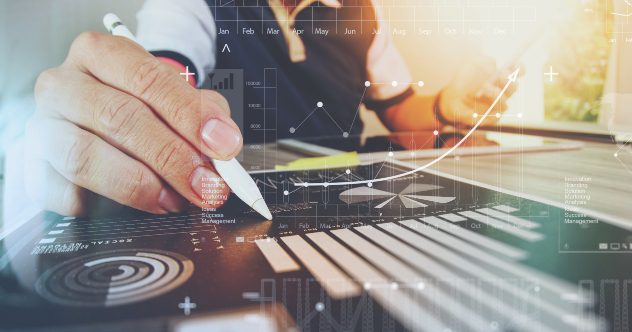 You’d think it’s safe to assume that some businesses aren’t going anywhere. From Coca-Cola and Nike to Apple and Microsoft, these businesses seem more like permanent structures than vulnerable companies right now. But take a picture and make a Xerox of it—or share it on your Myspace page—because these moments don’t last forever.

Many businesses grow and grow until they seem too big to fail. Here is a list of ten companies that thought they were too big to fail, but then they ended up doing just that. Many of the companies on our list have recognizable names, and all have made a major impact, but ultimately, they totally flopped!

Despite developing the first digital film camera back in 1975, Kodak never fully embraced digital photography. Kodak failed to innovate quickly enough and was outpaced by its competitors. Kodak created some innovative technologies but was unable to market them effectively to the public. Kodak acquired a photo-sharing website called Ofoto in 2001. However, Kodak was ineffective in using this technology to further its brand. Due to a general lack of adaptability, Many competitors caught Kodak off guard, notably Canon and Nikon, forcing the company to file for bankruptcy in 2012.

Though Kodak reformed in 2013, it will never again achieve the market dominance it attained in the 20th century. The newly formed Kodak is far smaller and now serves primarily commercial clients.

When someone says “Xerox,” you know what they mean. A Xerox machine is just another word for a copy machine, like Kleenex is another word for a tissue. That’s how influential of a company Xerox was in their heyday. In 1959, Xerox launched the first commercially available photocopier.

The Xerox 914 photocopier was a truly revolutionary product. According to the National Museum of American History, the Xerox 914 was fast and economical, creating 100,000 copies per month. The National Museum of American History describes the Xerox 914 as one of the most successful Xerox products ever. The machine weighs a whopping 648 pounds. This just goes to show you how much copying technology has improved since this time.

The Xerox 914 earned Xerox over $500 million in revenue by 1965. However, Xerox didn’t stay at the top of the mountain forever. Xerox employees invented many early elements of personal computers, but the company wasn’t focused on computing. Some concepts designed by Xerox employees were given away to Apple and Microsoft. At no cost.

Another film photography company that plummeted is Polaroid. Founded in 1937, this company is best known for its instant film and cameras. It’s easy—just point, shoot, and shake the photograph. At the time, this was a very cool invention since film took a significant amount of time to develop. However, an innovation came along that completely took away Polaroid’s major advantage: digital photography.

Unfortunately, Polaroid didn’t innovate its products effectively. Polaroid Corporation was declared bankrupt in 2001. Oddly, Polaroid was most popular in the early ’90s, hitting its peak revenue in 1991. Still, Polaroids are often referred to in popular culture, including by the group OutKast. Though not the giant it was, the brand has left its mark on popular culture.

Yahoo! The company that’s so exciting, they added an exclamation point to their name. You can’t even read the name without hearing their famous “Yahooooooooo!”

Yahoo! was a powerhouse in the internet revolution. In 2016, Yahoo! was the sixth most visited website in the world. In 2011, Yahoo! was the third-largest email provider worldwide. Today…not so much.

Yahoo! is still holding on but has lost a lot of ground in the last decade. Google, Facebook, and others have pushed Yahoo! out of the market. Reportedly, Yahoo had a deal in place to buy both Google (in 2002) and Facebook (in 2006). Yahoo! didn’t follow through on either deal and continues to struggle in the wake of the two giants. Yahoo! may have been an early tech giant, but due to some poor strategy and mismanagement, its yodle has fizzled.

If you were a teen in the mid to late 2000s, you know all about MySpace. MySpace launched in 2003 with a top friends list, custom homepages, and walls. These were all huge features at the time, and MySpace was the first truly major social networking site (sorry, Friendster).

MySpace excelled because it offered users customization and a chance to connect with their network of friends. It also allowed for bands, comedians, and other artists to use their pages to promote themselves. In 2006, MySpace was the most visited website in the world.

In case you have not checked your MySpace page lately, this is no longer the case. Thanks to Facebook and some other social media sites, MySpace was driven out. MySpace was purchased twice, first in 2005 by News Corporation, then by Time, Inc. in 2011. MySpace is still an active website but is used almost exclusively by bands and musical artists for promotion.

In 2007, it would have been laughable to suggest MySpace would totally flop. However, the first social media giant was not too big to fail after all. In 2019, MySpace embarrassingly lost 12 years of music and other uploaded content. That’s a good way to get moved off the top friend’s list.

Sears used to be synonymous with the retail industry. Founded in Illinois in the late 19th century, Sears began selling watches and developed to sell just about everything. From 1969 to 1989, Sears was the largest retailer in the United States. However, competition from the likes of Target, Wal-Mart, and eventually online retailers like Amazon, began to garner more market shares.

In 2005, Sears acquired K-Mart. But this acquisition seemed to do little to help the business get back on track.

With a general lack of innovation, particularly in the realm of e-commerce, Sears has been almost wiped off the map. Sears only had 182 stores in 2018, far less than the 3500 Sears stores nationwide in 2008. And in 1990, Sears and Walmart were generating similar amounts of revenue. However, Walmart took a more strategic approach (targeting discount shoppers) and eventually pushed Sears far out of the picture.

A relatively young company for this list, BlackBerry was founded in 1984. BlackBerry was one of the first major smartphones, selling more than 50 million units at its peak in 2011. According to Business Insider, BlackBerry once controlled 50% of the smartphone market in the United States.

President Barack Obama even used a BlackBerry. Of course, five years after its peak in 2011, BlackBerry stopped manufacturing phones altogether.

The reasons for this flop are many. BlackBerry devices had a very small keyboard. In 2011, this was a usable and innovative technology. However, as smartphones have developed, all of them have adapted to use touch-screen technology. BlackBerry never made this adjustment. Despite the extreme popularity of their early models, BlackBerry was simply never able to keep up with the innovation of its competitors. Even Obama doesn’t use his BlackBerry anymore.

Blockbuster was a staple if you grew up in the late ’80s or ’90s. An iconic brand, Blockbuster was the go-to for movie nights at home—the giant of video rental. At its peak, Blockbuster had over 9000 stores, but now it has only one.

In 2000, Netflix (a small, struggling streaming innovator at the time) offered to sell their company to Blockbuster for $50 million. Blockbuster refused the deal and instead invested their money elsewhere. Obviously, this was a devastating decision for Blockbuster.

The launch of Redbox in 2004 was just another nail in the coffin. Blockbuster went from the biggest name in rental to a punchline in movies in just a couple of short decades.

Borders was a book and music store founded in 1971. It was a juggernaut in the media industry for years. Unfortunately, due to a series of errors, this iconic bookstore went from “too big to fail” to “failed” in a Thanos-esque snap.

First, they were too slow to innovate e-commerce. This allowed companies like Amazon and Overstock.com to slowly take their market share. Borders also opened too many brick-and-mortar locations. According to Time, 70 percent of their stores were competing directly with a nearby Barnes and Noble.

Finally, Borders was taking on too much debt. At the time of the recession, Borders owed about $350 million. The company was never able to clear this debt and closed down its stores nationwide.

Toys “R” Us pivoted to e-commerce through a partnership with Amazon, signing a ten-year deal to become their exclusive toy provider in 2000. At this time, toysrus.com would redirect to amazon.com.

Amazon became the top online destination for toys and sold toys of their own as well. Toys “R” Us eventually sued to get out of their contract, but at that point, it was too late. Toys “R” Us was a toy giant at one time. But if there’s one thing we’ve learned from fairy tales, it’s that giants usually fall down.

10 Creative Expletives That Aren’t Swears at All

10 Pop Culture And Historical Events That Started Off As…

Top 10 Design Tricks Businesses Use To Make You Spend Money

10 Chilling Facts About The Alligator Man

Top 10 Cutest Animals In The World (According To Science)

10 Of The World’s Most Bizarre Sports

10 Foods That Can Cause Bad Dreams

Top 10 Kits You Can Buy To Survive Any Situation

10 Immigration-Related Atrocities In The U.S.

10 Years That Made The Modern World

10 Of The World’s Most Mind-Blowing Hoaxes

10 People Executed For Murder Who Definitely Didn’t Do It

10 Ways Humans Would Look If We Had Evolved Differently

10 Demons You Should Probably Try To Avoid