For as long as humans have been fishing to feed themselves, they have also been fighting over access to the best catch. While we don’t have any records of cavemen bashing each other’s brains in over who gets the biggest trout, there is a long history of bitter conflict in the fishing industry. This list covers some of the times that tension between fishermen erupted into riots, international incidents, and full-blown armed conflict. 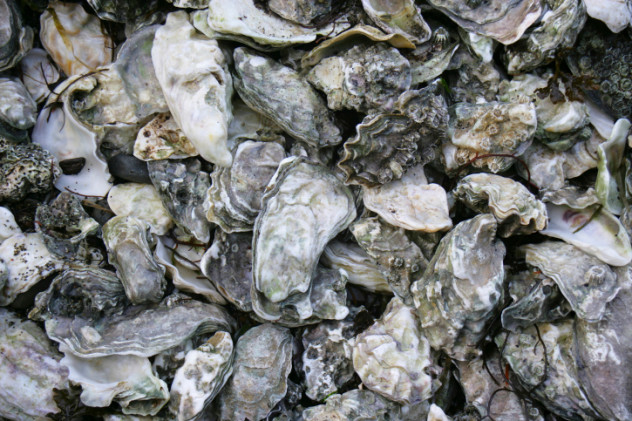 The Oyster Wars began after the American Civil War with a boom in the Chesapeake Bay oyster industry. Chesapeake oyster towns became a frontier flocked by fortune-seekers. Violence soon erupted between locals and new arrivals, and when the locals ran out of new settlers to shoot at, they turned on each other. Gunfire was exchanged between Maryland and Virginia watermen, and within the states between fishermen from different counties.

It wasn’t long before the government began to intervene in these fishing squabbles, creating the Maryland “Oyster Navy,” a nautical police force that was notoriously ineffective. In 1882, Virginia’s governor William Cameron sent a militia to seize seven boats suspected of illegal oyster dredging in the Rappahannock River. Violent skirmishes over oyster territory continued until 1959, when Maryland patrollers fatally shot a Virginian waterman named Berkeley Muse. To avoid further bloodshed, the two states signed a compact designed to end the century-long conflict. 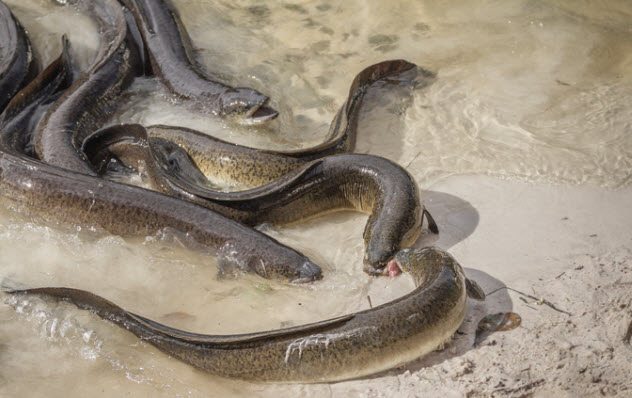 One of the favorite pastimes in 19th century Amsterdam was known as eel-pulling (palingtrekken). A rope was stretched across a canal, with a live eel tied in the middle. Men would then cruise beneath the eel-rope in small boats and attempt to pull the slippery fish loose. He who freed the eel received a prize of six guilders, which was decent walking-around money back then. The sport was illegal by the 1880s, but that didn’t halt its popularity.

On July 25, 1886, a lively session of palingtrekken was afoot on the Lindegracht Canal. They had already pulled three times when the police showed up and demanded a stop to the spectacle, entering one of the houses where the ropes were tied to cut the eel loose. The legend says that the falling rope hit a spectator, who started whacking the police with an umbrella. In a matter of hours, a full-blown riot broke out, with spectators throwing bricks at police. Things cooled down overnight, but the next day the army opened fire on rioters storming the police station. Twenty-six civilians were killed and thirty-two were severely injured, making the Palingoproer one of the most severe cases of police brutality in Dutch history. 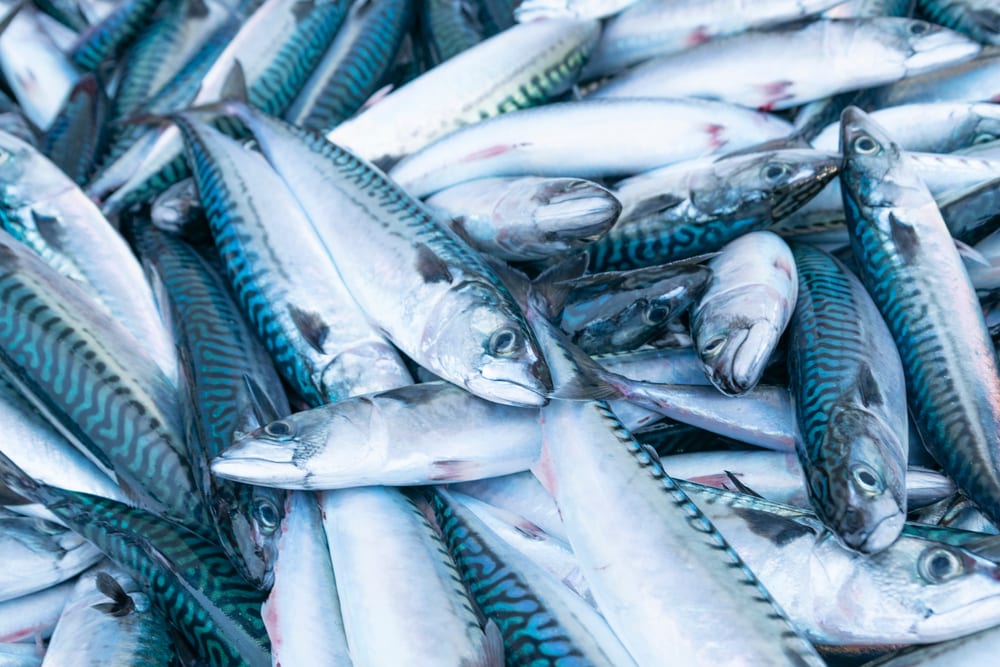 Newlyn is a seaside town in western England with a long history as a fishing port. In the late 19th century, most Newlyn fishermen were strictly religious and refused to work on the Sabbath. However, they had to share their waters with large fishing companies from the east coast of England, who were perfectly fine with fishing on Sundays. This meant the eastern boats could bring their catch to market on Monday, which let them sell at much higher prices. Resentment among observant Newlyn fishermen boiled over in May of 1896, when Tuesday prices dropped as low as 3 shillings for 120 mackerel.

On May 18th, a crowd of fed-up fishermen boarded boats from the east and tossed thousands of mackerels back into the sea. The outrage spread to other Cornish fishing communities, some of whom also attacked eastern boats and erected barriers to prevent access to their harbors. Eventually the local authorities called in the military to quell the rioters, who threw stones at the authorities but eventually settled down, leaving the eastern companies to continue fishing on Sundays. 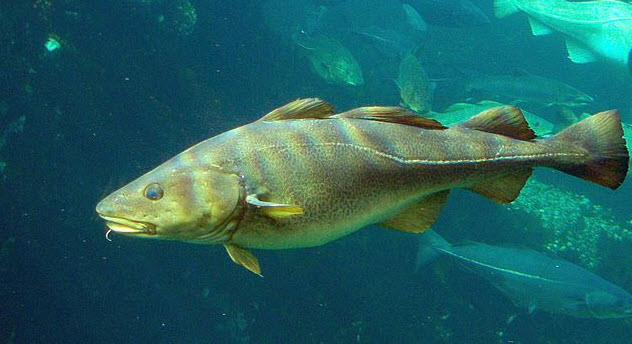 Cod is perhaps one of the most economically important fish in history, so it’s no surprise that countries have fought over the right to harvest it. The Cod Wars between the United Kingdom and Iceland are certainly the longest-lasting entry on this list, with historians claiming as many as ten separate episodes spanning several centuries. The first Cod War started in 1415 with English authorities arresting a Danish official in Iceland, which was then the territory of Denmark. This conflict resulted in a treaty agreement that was negotiated and re-negotiated between the two countries for centuries, with each waiting for political instability in the other to regain power over the cod trade.

There were three Cod Wars in the 20th century, mostly involving warning shots, cutting of nets, and ramming of boats. Though the two countries’ ships exchanged minor blows, there were only two casualties recorded in the modern Cod Wars: the accidental deaths of a British fisherman and an Icelandic engineer. It is generally agreed that Iceland was the victor of the Cod Wars, with the resulting treaty agreements effectively ending British long-distance fishing. 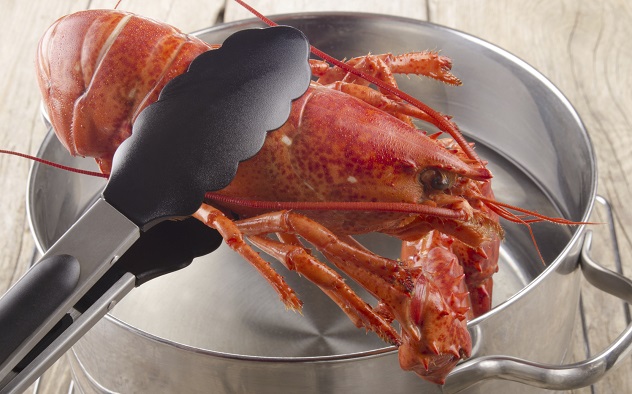 Do lobsters crawl or swim? This was the central question in the so-called Lobster War between France and Brazil in the early 1960s. Brazilian authorities insisted that spiny lobsters crawl along the continental shelf of their territory, while French fishermen claimed they swam like fish, making them fair game for any country to harvest. After complaints of French ships catching lobster off the coast of Pernambuco, the Brazilian president gave France 48 hours to withdraw all boats. When they refused, the Brazilian Navy captured a French vessel and shut off access to all French boats off their coast. The next year, Brazil seized three more French vessels. This ignited an international incident that was not resolved until 1964, when the countries to reach an agreement that expanded Brazil’s territorial waters but allowed limited French lobster fishing. No blood was shed, but the country’s respective biologists continued debating whether lobsters crawl or swim for many years after. 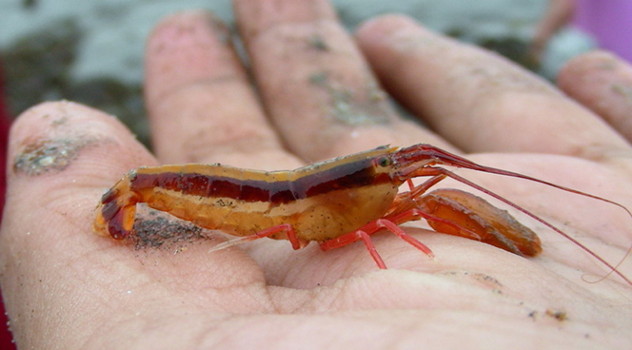 After the Vietnam war, some refugees fleeing Southeast Asia settled in the Galveston Bay area of Texas and found jobs on shrimp boats. The growth of the refugee shrimper population upset local white shrimpers, who saw them as competition for the limited resources of the bay. The tensions turned to violence in 1979, when a fistfight resulted in the shooting of a white crabber and the burning of several Vietnamese boats. This ongoing ethnic conflict brought the Texas Knights of the Ku Klux Klan to Galveston in 1981, where they began terrorizing Vietnamese shrimpers with armed demonstrations on and off the water. Many white supremacists directly threatened violence against the Vietnamese shrimpers, waving pistols and circling their boats in paramilitary gear.

A resulting harassment trial brought by the Southern Poverty Law Center revealed a video of KKK leader Louis Beam encouraging his militia to “utterly destroy everybody.” The lawsuit ended the harassment and disbanded the paramilitary groups, but by then many Vietnamese shrimpers had already moved away or suffered property damage. This incident was the inspiration for the 1985 film Alamo Bay. Beam and his followers went on to perpetrate extremist violence in other parts of the country, laying the groundwork for contemporary white supremacist groups that still threaten violence against minority communities today. 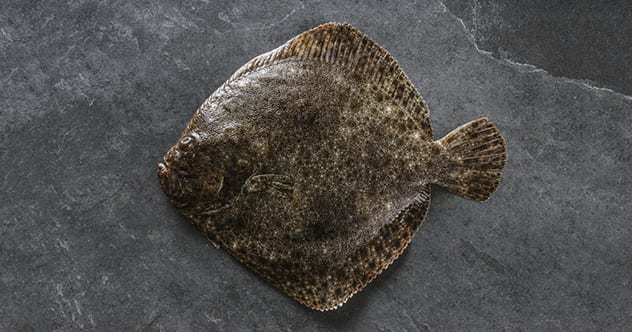 In 1995, the Canadian Coast Guard seized the Spanish trawler Estai, which was fishing in international waters off the coast of Newfoundland. Canadian authorities claimed the Spanish vessel had exceeded its quota of Greenland turbot, a goofy-looking flatfish that goes great with butter and capers. Despite the EU condemning the seizure as an act of “organized piracy,” Canadian vessels cut off the nets of three more Spanish and Portuguese fishing boats in the following weeks. Tensions increased, and Spain even sent a warship to protect its fishing vessels. Eventually, Canada reached an agreement with the EU that ended the conflict by strengthening fishing enforcement and increasing Spain’s turbot quota. No one invited the turbots to the negotiating table. Just the dinner table. 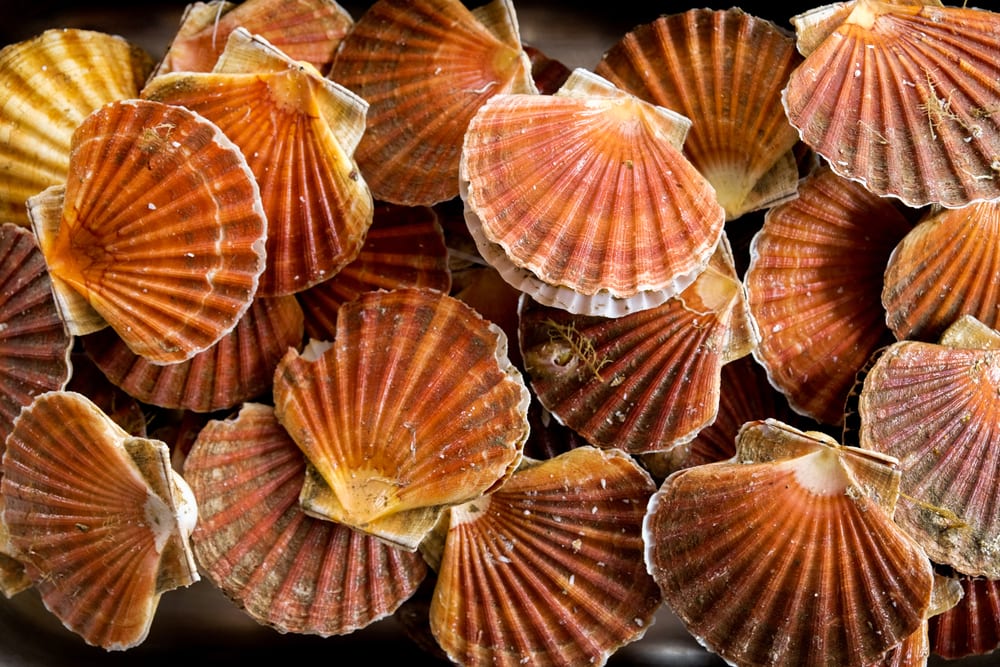 In October 2012, a group of about forty French vessels surrounded a few British fishing boats off the coast of France. French fishermen were upset that their country prohibited them from harvesting scallops between May and October, while British fishermen could fish year-round. According to the British fishermen, the French vessels threw stones and nets at the British boats, along with French taunts worthy of any Monty Python sketch. Despite the best efforts of both countries, violence flared between British and French scallop fishermen again in 2018 and 2020. Along with rocks, the French fishermen were accused of throwing frying pans, flares, gasoline bombs, and oil at their British rivals. No love lost between these neighbors!

On May 9, 2013, a Filipino Coast Guard patrol boat opened fire on an unarmed Taiwanese boat, the Guang Da Xing No. 28, which was fishing in disputed waters between the two island nations. The coast guard gunfire hit the small vessel at least 45 times, resulting in the death of 65-year-old fisherman Hoh Shi Cheng. This incident was a flashpoint in the conflict between the two countries, whose territorial claims overlap in the waters where the boat was shot. Demonstrations occurred in both countries after the shooting, including a Filipino ex-policeman publicly burning a Taiwanese flag to send the message that “Filipinos are not cowards.” Relations between the two nations have since normalized, and the eight coast guard employees who committed the shooting were convicted in 2019. 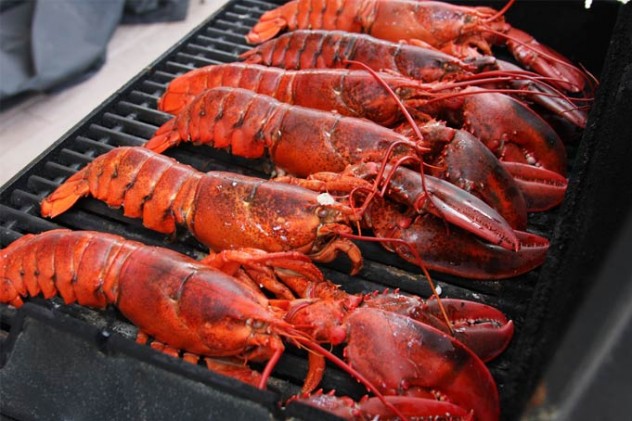 The most recent entry in this list is the Mi’kmaq Lobster Dispute, which has yet to reach a resolution. According to a 1999 Canadian Supreme Court decision, members of the Mi’kmaq Indigenous tribe have the right to fish on a small scale whenever and wherever they want. In September 2020, the Sipekne’katik First Nation opened a small lobster fishery in Nova Scotia, which was quickly criticized by non-Indigenous fishermen for operating outside of the commercial season. In October, several mobs of non-Indigenous fishermen laid siege to Indigenous-owned lobster facilities in Nova Scotia, throwing rocks, breaking windows, and threatening to set the entire place on fire if the employees inside did not leave. One facility was burned to the ground and the remaining live lobsters poisoned with PVC cement. Canadian officials have called for peace in the wake of the violence in Nova Scotia, but tensions remain high between Indigenous and non-Indigenous fishermen.

Top 10 Behind The Scenes Facts About Wes Anderson Movies

8 Conspiracy Theories That Refuse To Die

10 Things Your Microbes Can Say About You

10 Biological And Chemical Weapons From The Ancient World

Top 10 Amazing Facts From The Secret History Of Blood

Top 10 Ways You Didn’t Know You Could Get Hacked

10 Unusual Festivals Around The World

Top 10 Facts And Mysteries From The Mesolithic Era

Top 10 Alternatives To Popular Sites And Apps (That Protect…

10 Times Bones Gave Rare Glimpses Into The Past

Top 10 Things That Can Go Wrong When Shooting A Movie

10 Reasons Millennials Owe A Thanks To Boomers

Top 10 Cutest Animals In The World (According To Science)

10 Facts About The Western Sanitation Movement

10 Killers Who Got Off On Technicalities